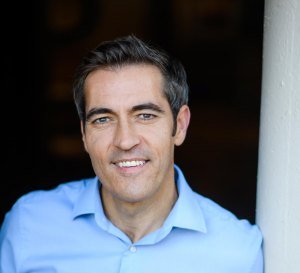 Lee’s life’s work, at High Performance Growth, is to live his life with love, presence and positive charge, to be a role model in courage, kindness and personal discipline and ultimately look back at his life, the good and the bad times, and be able to say ‘Good job Lee, you tried your best to live your legacy and despite your mistakes, you’ve impacted many lives in positive ways, rest in peace his friend.’

That’s what he wants, and it drives him every single day.

When Lee was a child, he didn’t have much and learned to cover up his lack of confidence and belief in himself with ego. He tried to work things out on his own, and although he didn’t see any other way, that was a mistake.

His father left before he was born and his mum struggled with mental illness and took her own life when he was 15. He just knew there was something better than settling for the small village life in Wales with no prospects and he found himself joining the Army at 16, which was the beginning of his own powerful change in his own perception of himself.

About 10 years in, Lee was placed as an instructor and started to become the facilitator of that change for other young people, who were starting their own journeys. He began to see the same dramatic results and he loved it!

The boys became men, and a fire was lit in him. This started his own mission of self-discovery. His military career built him into the person he is today, gave him lifelong friendships with people he trusts and taught him so much about leadership and teams.

Lee sought out the best teachers on the topic of the human mind, namely Dr. John Butler of the Hypnotherapy Training Institute International, and after 10 years of therapeutic practice, he found one of the best coaches, namely Brendon Burchard of the High Performance Institute. He didn’t know where his journey was leading him, but just kept pushing in the directions of what he loved, personal development and human transformation.

Lee is now engaged in his lifelong mission of becoming the best coach, husband, father and friend he can be for himself and the people he leads, loves and collaborates with.

He knows that so many people struggle with consistent change and end up revolving instead of evolving, they end up going through the motions of change without enough effect for them to feel happy or proud of their efforts.

Lee also knows that change doesn’t take a long time, it’s finding the right process, the right people and the right level of commitment to engage that slows people down and takes a long time.

If you want to change that and begin your own high performance growth journey, with immediate shifts, contact us, because you can begin today. Momentum happens in the moment of decision to take effective action.

Take the Positive Mindset Quiz (approximately 2 minutes) to discover where you are now and gain simple and effective steps to improve immediately.